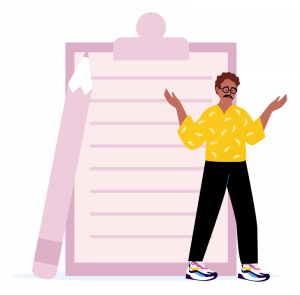 ADR Chambers Banking Ombuds Office (“ADRBO”) is enhancing its operations and the consumer-friendliness of its process by moving forward with improvements to its policies and procedures following the Financial Consumer Agency of Canada’s (“FCAC’s”) Industry Review, titled “The Operations of External Complaints Bodies”, released on February 19, 2020. In addressing the recommendations laid out by the FCAC in its Review for External Complaints Bodies (“ECBs”), ADRBO recently formally adopted the ADRBO Accessibility Policy and also revised its Terms of Reference (“TORs”), which are the standard protocols followed during the course of assessing and investigating Complaints.

Pursuant to the former Section – 24 of the TORs, ADRBO could issue an Initial View Letter for cases where ADRBO believed that it was “highly unlikely that an investigation would either yield a different conclusion than the Member Bank’s position, or result in any compensation to the Complainant”. For instance, if the Member Bank could show that its processes had been properly adhered to and a thorough investigation conducted for which ADRBO believed it would be “highly unlikely” to come to a different conclusion with the available evidence, ADRBO could proceed with an Initial View Letter and not investigate.

However, under the revised Section –  24, ADRBO can issue an Initial View Letter only when ADRBO “believes that an investigation is not warranted as the complaint is out of ADRBO’s mandate”. This revision should result in an increase in the number of Complaints ADRBO refers to investigation, as the more subjective “highly unlikely” category of Complaints is eliminated. Unless the Complaint is out of ADRBO’s mandate for another reason (e.g. it relates to a business risk decision of the Member Bank, it is already being considered by a Court of law, etc.) ADRBO must investigate, even if it appears that it might be “highly unlikely” that the outcome could be different than what the Bank determined.

ADRBO also revised its mandate as set out in Section – 10 of the TORs. Section 10 lays out all of the requirements necessary for ADRBO to consider a Complaint submission “complete” and to be able to open and review the case. For instance, ADRBO requires a Consent and Confidentiality Agreement to be signed by those making the Complaint, as well as a complete Complaint Submission Form to be provided by all persons with an interest in the Complaint. Generally, the Complaint must have been taken through the Bank’s internal complaints-handling process all the way to the internal Bank Ombudsman level; ADRBO will seek to obtain a copy of the internal Bank Ombudsman’s Final Decision Letter to start its own Complaint process.

Under the former Section – 10 of the TORs, if there was no Final Decision Letter from the internal Bank Ombudsman yet, ADRBO could investigate a complaint

ADRBO would thus request the “90-day letter”, in place of a Final Decision Letter, from the Complainant before its own Complaint process could begin.

However, under the revised Section – 10, once again ADRBO has made it easier for the consumer to have their complaint reviewed. If there has been no Final Decision Letter yet issued by the internal Bank Ombudsman, ADRBO can now investigate a complaint

upon a Complainant’s request, if more than 90 days have passed since the Complaint was received at the Member Bank’s second level of complaint handling… and the Complainant has provided documentation to ADRBO that demonstrates that the 90-day period has expired.

Finally, ADRBO has formally adopted its ADRBO Accessibility Policy. While ADRBO has already been operating under this Policy, ADRBO’s Board has now formally ratified it to make it an official Policy document. ADRBO’s accessible Complaint process is consistent with the principles of dignity, independence, integration and equality of opportunity for people with disabilities. ADRBO is committed to ensuring equal access and participation for Complainants with disabilities.

While ADRBO need not know the specific nature of any Complainant’s disability, Complainants should make their needs known to ADRBO to the best of their ability as soon as possible in the Complaint process so that ADRBO may determine the method of communication that works best for the Complainant and make appropriate accommodations. ADRBO always encourages Complainants to provide feedback on how ADRBO provides an accessible Complaint process.

We are always looking for consumer feedback. If you have a suggestion, you are welcome to leave us a comment here contact us at contact@bankingombuds.ca